Greetings from India Infra Hub,
As we step into the last month of year 2020, economy expressing signs of feeling better, Infrastructure, once again takes prime importance of economic activity, to give necessary thrust to economy, cabinet announcements and recoveries in several infrastructure sectors, after signs of faster  economic recovery than anticipated, and more ambitious announcements of investment in infrastructure are made again after long time.

And, further nudging you with niche analysis and deep insights into various sectors of Indian infrastructure, we are launching our first infrastructure exclusive print and e-magazine. our first magazine looks at Metro rail systems in India, current developments and envisions a future for metro rail transit in India.
As several sectors grow back inching towards pre-COVID levels, we bring you all events in Railway, Roads, Aviation, Energy, Transport and Affordable housing sectors, our takes and expert commentaries on daily infrastructure events composed. 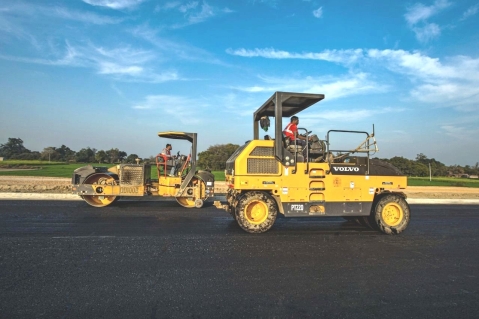 ‘Road’ To Power: Yogi Adityanath Doubles Down On His Infrastructure Push 15 Months Before 2022 Assembly Election

When Yogi Adityanath came to power in 2017, Uttar Pradesh had two functional expressways — the 165 km long Yamuna Expressway, which links Agra with the National Capital Region, and the Lucknow-Agra Expressway, stretching 302 km. These projects were completed over a period of nine years between 2008 and 2017.

But when it completes five years in office in 2022, the Adityanath government would to have finished work on three expressways — the 340 km long Purvanchal Expressway, the 296 km long Bundelkhand Expressway and the 91 km long Gorakhpur Link Expressway. Work on the state’s sixth and longest, the 594 km long Ganga Expressway, is likely to have begun by then. (read full article) 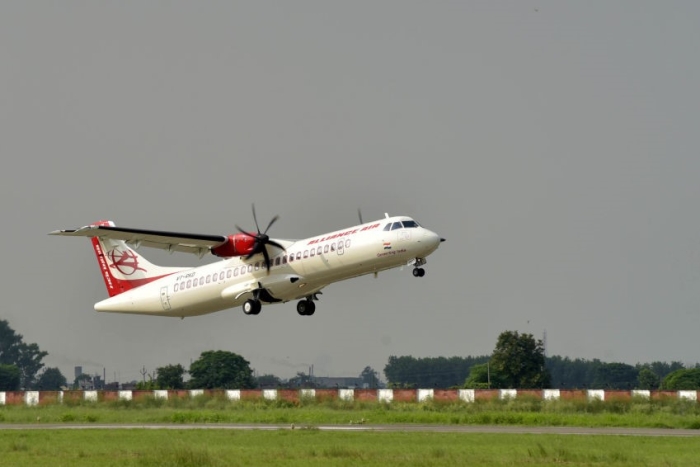 As the country continues to focus on connectivity initiatives, regional airlines are yet to see traction. The regional airline landscape is evolving and unfortunately has seen very few successes. This is due to a number factors ranging from inadequate capitalisation, inability to scale, lack of planning, operational complexities and talent requirements.

Together, they make for challenging choices, complexities and unviable economics. In looking to the past, a common thread emerges. In that, India’s regional airlines are bound together by their inability to stay aloft.. (read full article) 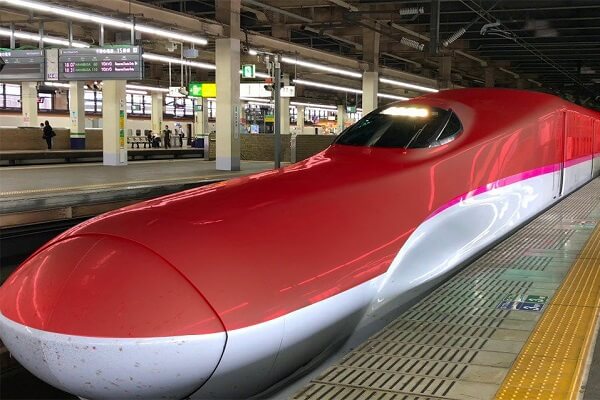 Mumbai-Ahmedabad Bullet Train Project Will Be A Real Gamechanger. Here’s Why And How

With the award of a Rs 24,000 crore contract — the largest ever government-funded civil job assignment — in the Mumbai-Ahmedabad bullet train corridor to the infrastructure major Larsen & Toubro, the flagship project has gained the traction in the right earnest.

After the award of the contract in the presence of Satoshi Suzuki, Ambassador of Japan to India, along with officials from Railways and the National High Speed Rail Corporation (NHSRCL), the construction company has said that they have already started the work and their employees are on the ground. (read full article) 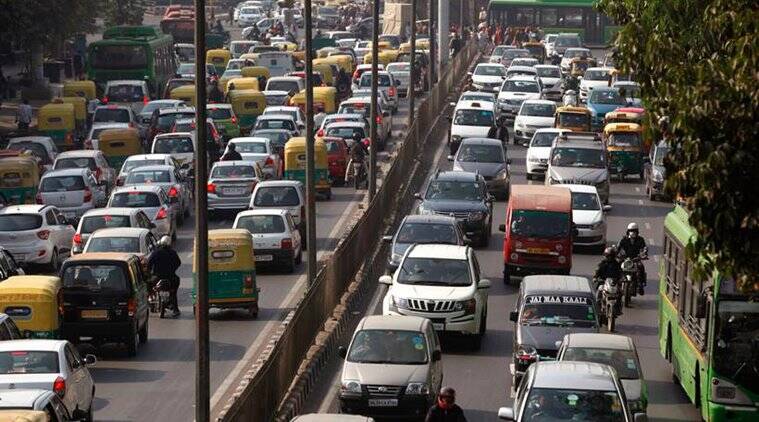 Stepping up efforts to regulate shared mobility and reduce traffic congestion and pollution, the government has come up with fresh guidelines making aggregators accountable for operations. 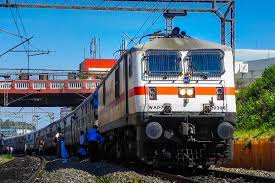 In a significant step towards making the National Capital Region (NCR) free from diesel engines, Dighwada-Bandikui rail route, a crucial section between Ajmer and Delhi, has been electrified.

With this, rail electrification gets a boost as Indian Railways is inching towards complete electrification of its entire broad gauge network by December 2023. (read full article) 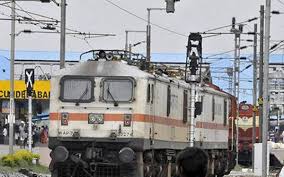 Surpassing its own record, Banaras Locomotive Works at  Varanasi has accomplished manufacturing of 40 locomotives in November setting an all time high record for manufacture of 6000 HP electric locomotives in a month, a new Atma Nirbhar achievement.

The historic record, achieved on the auspicious day of Dev Deepawali.

Earlier the railway production unit had created a record of manufacturing 31 electric locomotives in a month in July 2020. (read full article) 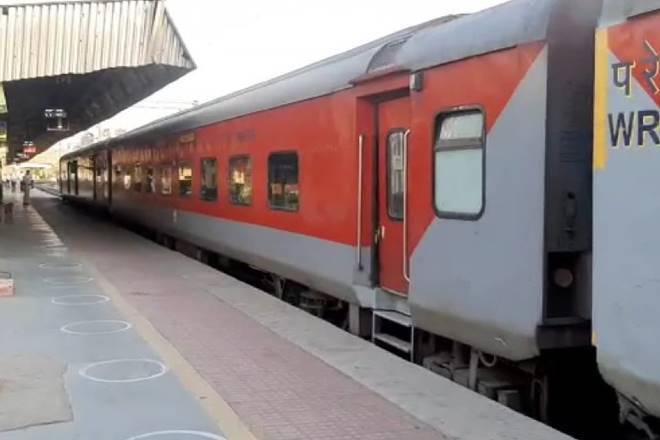 The proposed “zero-based timetable” of Indian Railways is expected to reduce travel time considerably in long distance trains ranging between 30 minutes and six hours on an average.

A massive exercise has been undertaken to prepare the new timetable taking all aspects into consideration and it would be introduced once the prevailing coronavirus situation stabilises, Railway Board Chairman and CEO VK Yadav said in a presser here. (read full article) 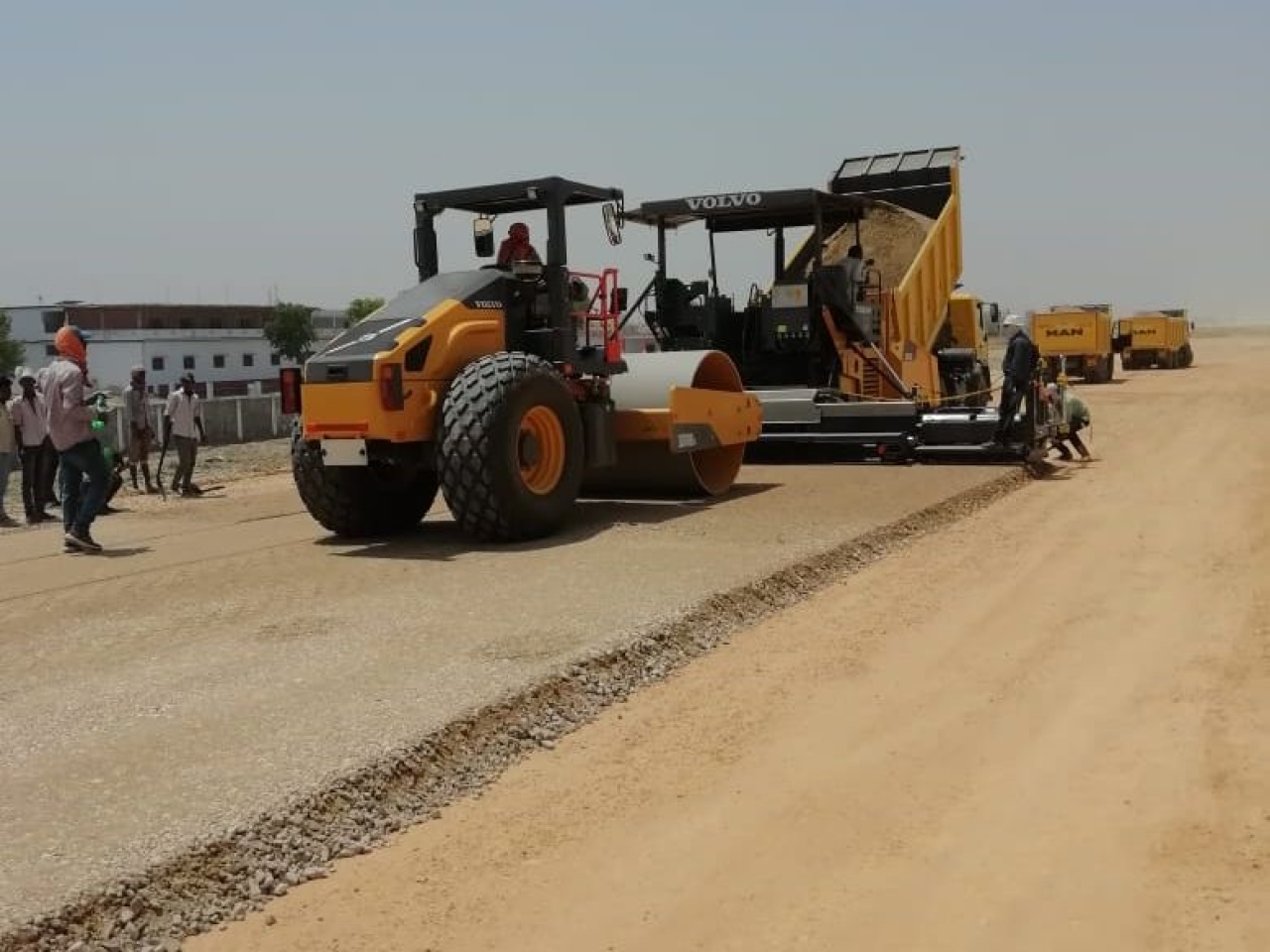 340-Km Purvanchal Expressway Set To Open For Public By Jan 26, 296-Km Bundelkhand Expressway To Be Operational By 2021 End

Uttar Pradesh is aiming to throw open the Purvanchal Expressway to the public from January 26 next year ahead of the deadline, Pioneer reported quoting Additional Chief Secretary (Home) and UP Expressway Development Authority CEO Awanish Awasthi.

The construction of the expressway is going ahead full steam despite COVID-19 pandemic. (read full article) 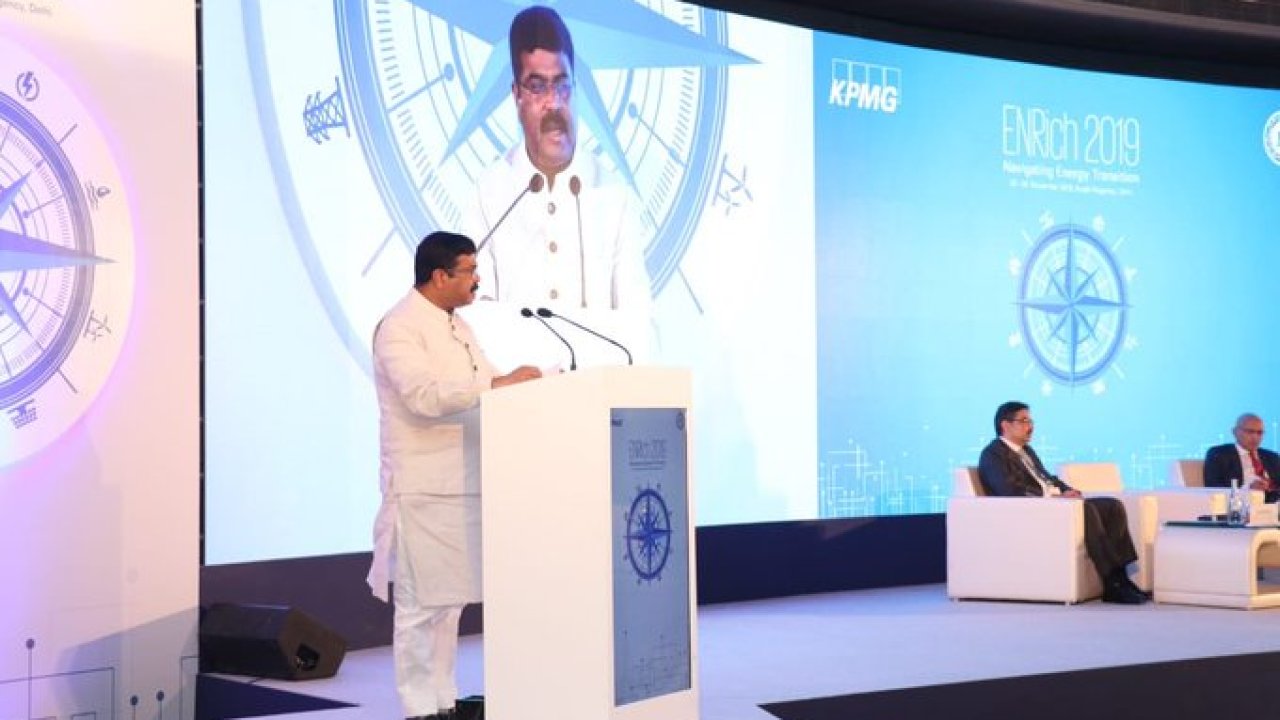 Gas Infrastructure is set see a massive $66 billion investment in expanding Indian gas pipeline infrastructure, the move is aimed at increasing share of LNG (Liquified Natural Gas) from energy basket from 6.3 per cent to 15 per cent by year 2030.

Speaking at the KPMG annual energy conclave, Minister of Petroleum and Natural Gas, said, the $66 billion investment will include pipelines, city gas distribution and LNG regasification terminals, which will add 14,700 km of gas pipeline in addition to existing 16,800 Km to constitute a national grid. (read full article) 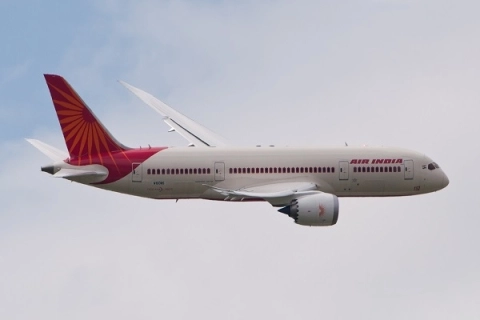 Homecoming After 74 Years? Air India Could Return To Tata Group As It Decides To Bid For Embattled Airline

Tata Sons, the holding company of the salt-to-software conglomerate, has decided to bid for state-owned Air India and is negotiating the waiver of a non-compete clause with its joint-venture partner firm, Singapore Airlines (SIA), to bid for Air India, The Economic Times reported.

Tata’s bid for the debt-laden Air India will be through Vistara, which is a full-service airline.

The Tata Group is hoping to get the consent of Singapore Airlines (SIA), its joint venture partner in Vistara, for mounting the bid. (read full article) 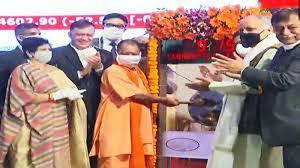 The Rs 200 crore municipal bonds issue of the Lucknow Municipal Corporation (LMC) were listed at Bombay Stock Exchange on Wednesday amid the presence of Uttar Pradesh Chief Minister Yogi Adityanath at the Bell Ceremony.

With this, Lucknow has become the  9th city in the country to have raised municipal bonds, which has been incentivized by the Ministry of Housing and Urban Affairs under the mission AMRUT (Atal Mission for Rejuvenation and Urban Transformation). (read full article) 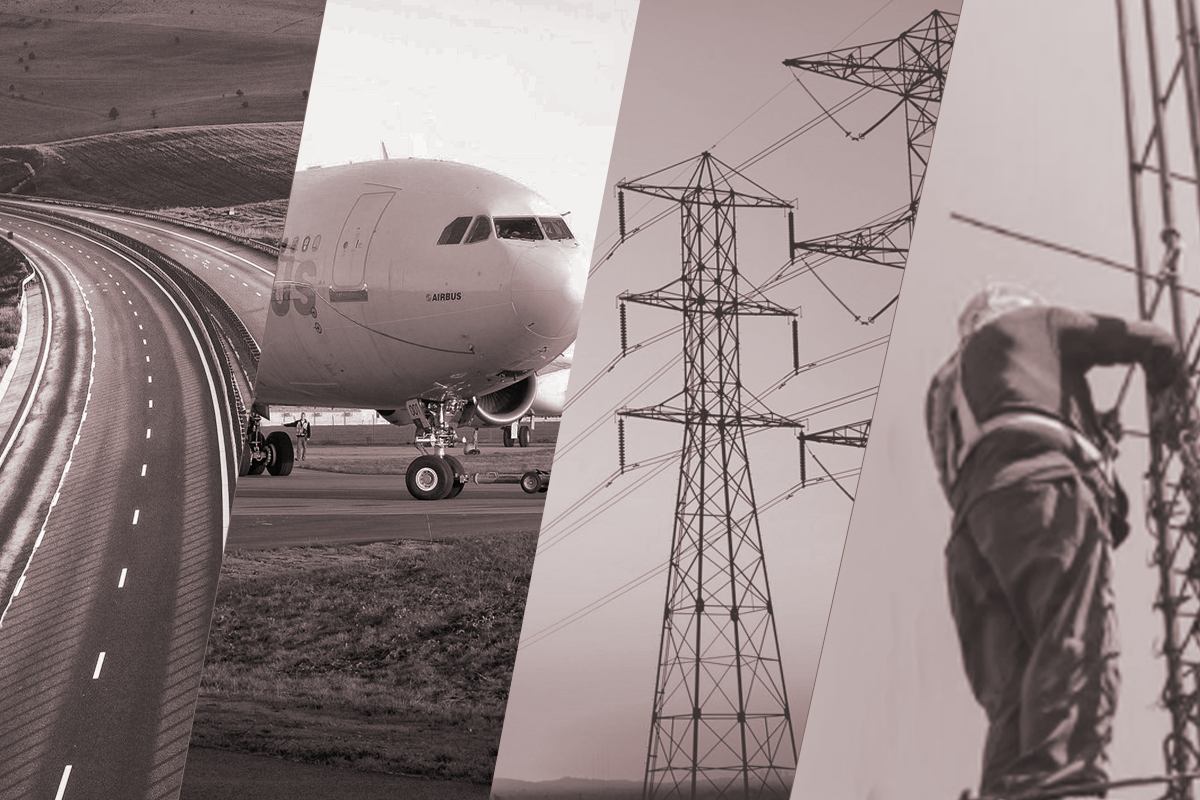 The Union Cabinet is likely to consider a proposal to infuse ₹6,000 crore into the National Investment and Infrastructure Fund (NIIF), a move which will help the entity raise ₹1.10-lakh crore by 2025 for financing infrastructure projects, PTI reported.

On Nov 12, Union Finance minister Nirmala Sitharaman announced that the government will infuse ₹6,000 crore equity in NIIF’s debt platform, in its attempt to drive infrastructure creation in the country. (read full article) 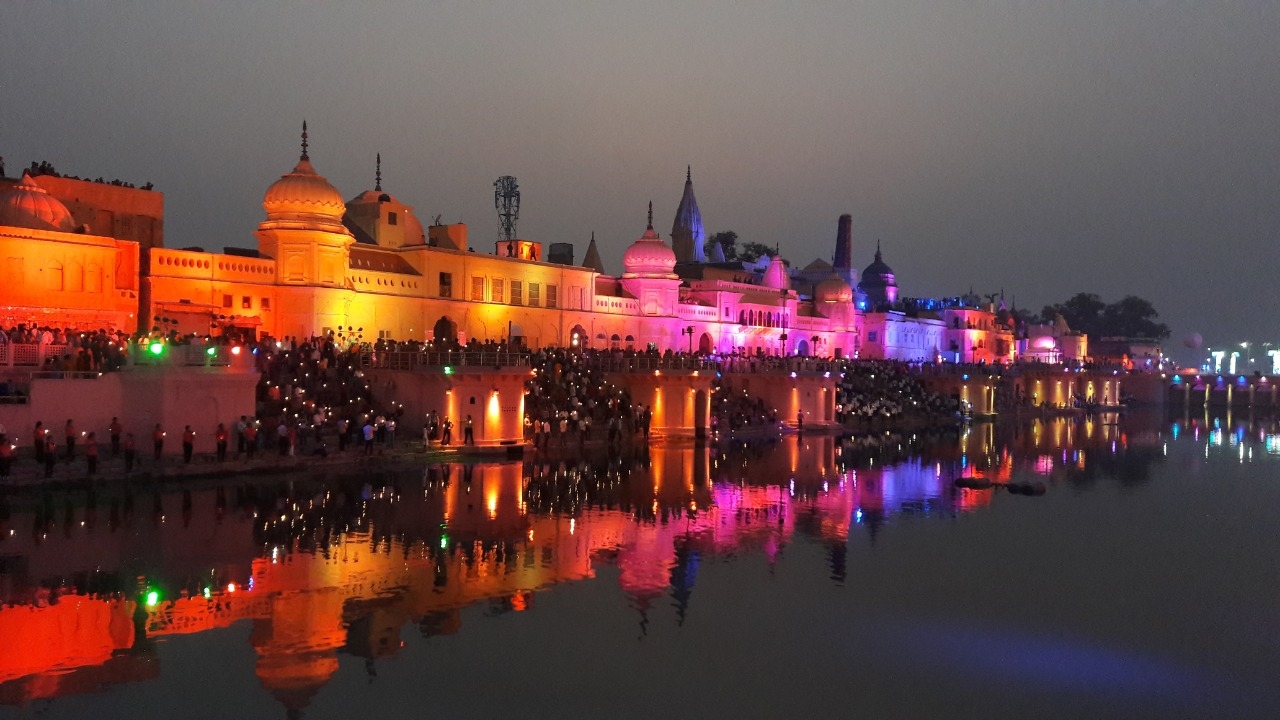 Ramayan Cruise Service Soon On The River Saryu In Ayodhya

Ramayan cruise tour on the Saryu river in Ayodhya will be launched soon, according to the Shipping and Waterways Minister Mansukh Mandaviya, who chaired a review meeting for the implementation of cruise service.

Aiming to give mesmerizing experience to devotees with one-of-its-kind spiritual journeys, the Ramayan service will be the first-ever luxury cruise on the Saryu river in Ayodhya, Uttar Pradesh. (read full article)